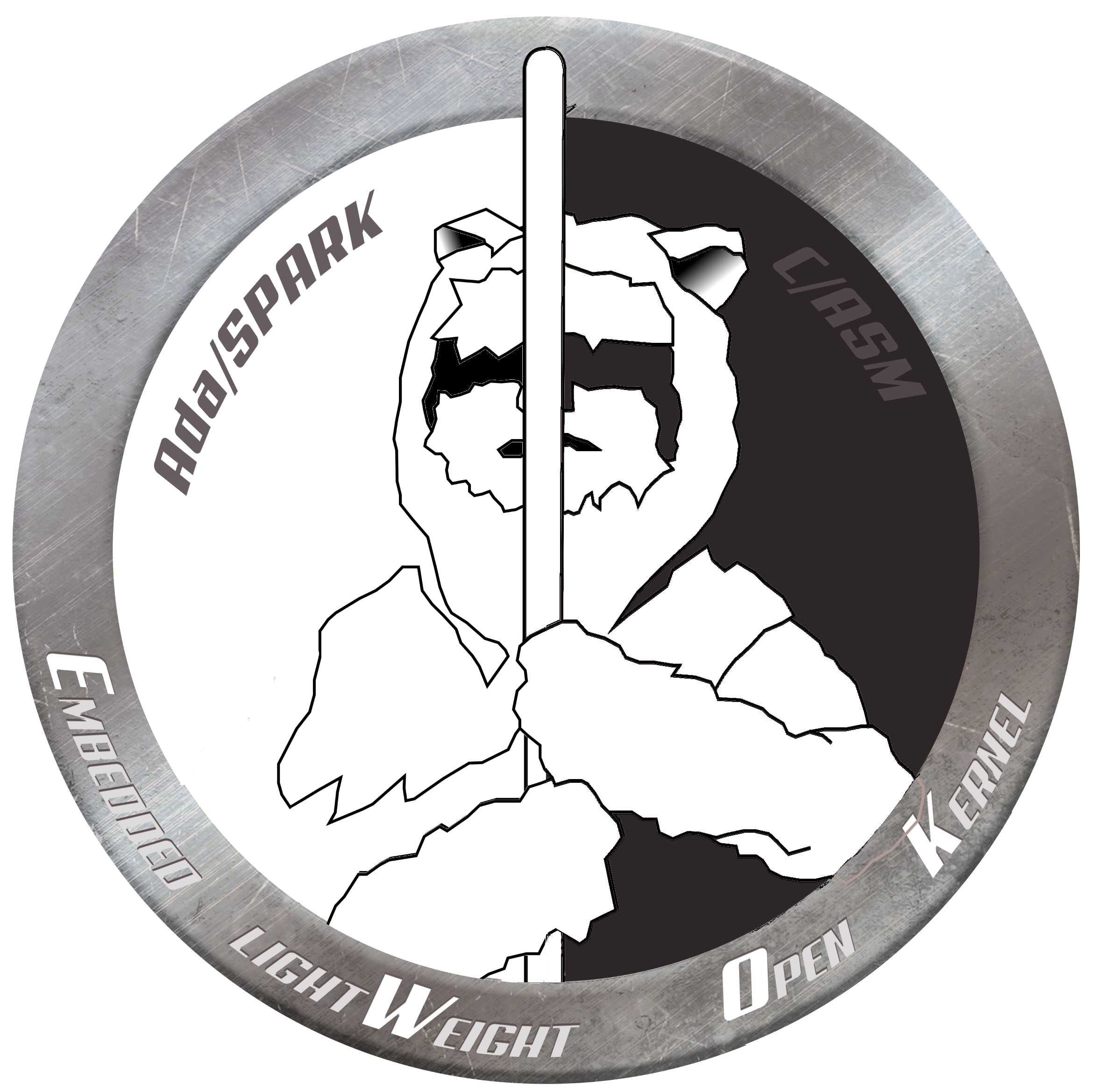 EwoK is a microkernel targeting micro-controllers and embedded systems aiming at building secure and trusted devices.

Drivers are hold in userspace. Unlike most of other microkernels, the goal is to support complex drivers (ISO7816, USB, CRYP, SDIO) while achieving high performances.

EwoK is a microkernel enforcing strict isolation between tasks and device drivers and providing strict access control to physical resources (devices, etc.) and strong enforcement of the least privilege principle.

Some other security features provided by EwoK:

Unlike other microkernels, EwoK allows userland drivers to use DMA, GPIOs and EXTIs with the help of some specific syscalls. Such interfaces are directly implemented in the kernel, in order to achieve better performance. Indeed, some hardware need a very responsive software and such responsiveness can not easily be achieved in a typically minimalistic microkernel (like the ones from the L4 family).

The kernel is divided into two main components: the libbsp and the kernel parts. 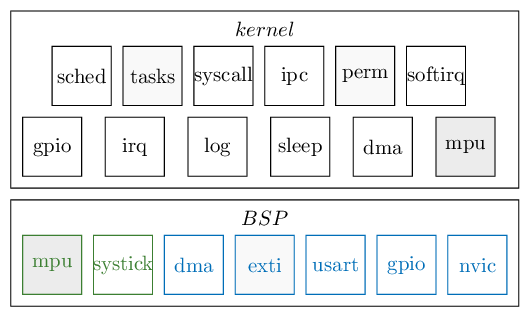 The libbsp is the hardware abstraction layer, hosting all the low level and arch-specific drivers (MPU, GPIOs, timers, DMAs, etc.). The libbsp is itself separated in two blocks:

The kernel part contains all specific high level content (scheduling, task management, syscalls, etc.) and uses the libbsp as a hardware abstraction for any low-level interaction. 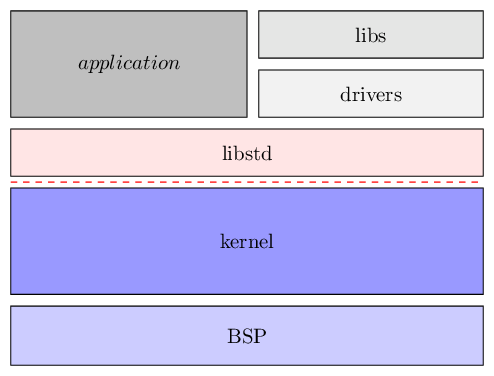 The lib_std (libstd) is a C standard library that can be used by the user tasks (and hence the userspace drivers). Like the libc for UNIX-like systems, it implements some useful functions.

The drivers are written as userspace libraries. They depend on the libstd, and may sometimes depend on each others. Here is the list of the existing drivers.

EwoK is tuned for high performance embedded systems. The whole microkernel architecture and the provided API are specifically designed for this purpose. Note that for these specific performance constraints, EwoK is not a full-IPC driven microkernel, like the L4 family.

The EwoK API is described here: